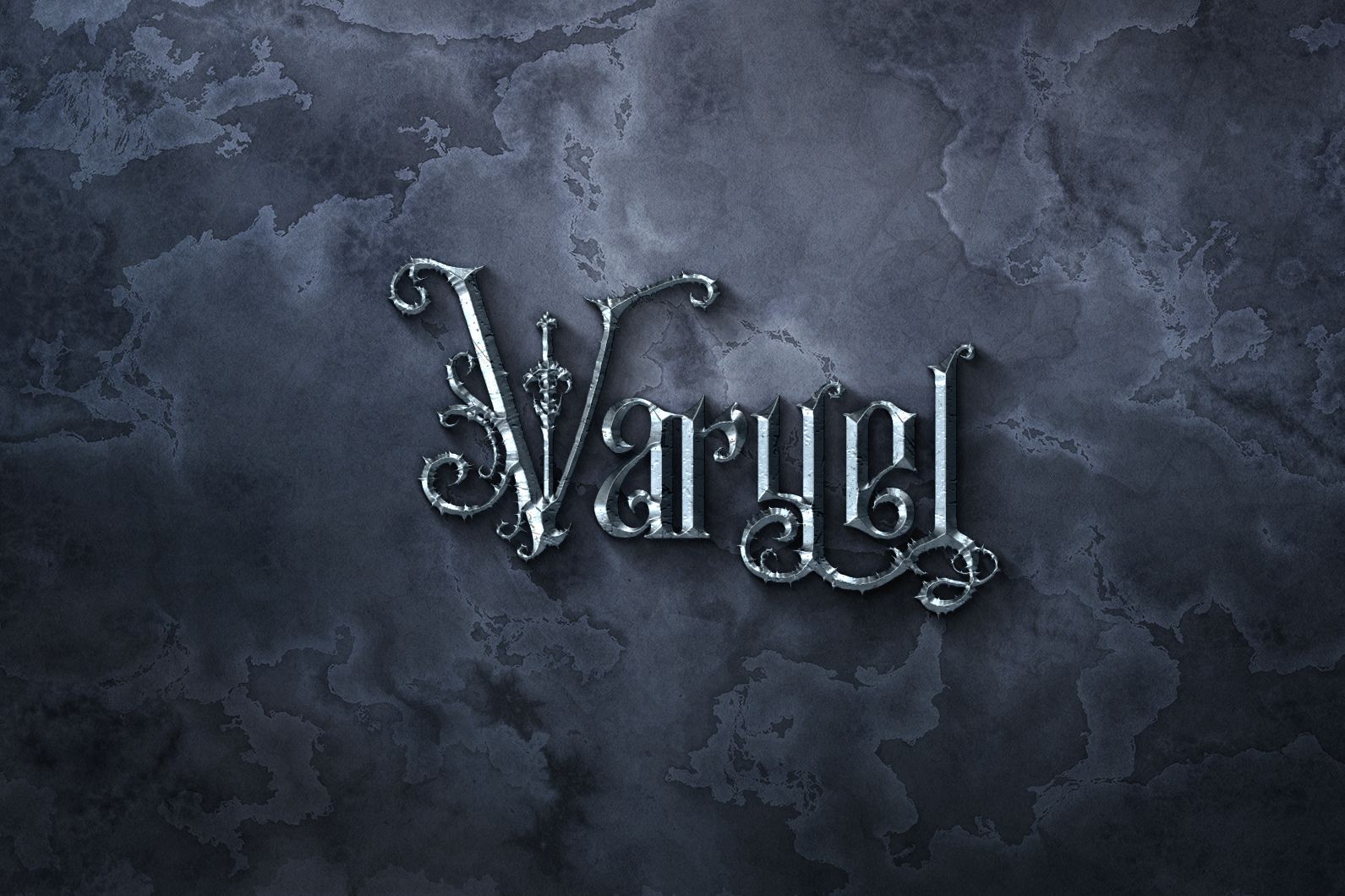 Welcome to the home of Varyel, we're glad you could join us as we start this journey that will lead you through a vast land and a multitude of stories. If you're looking for info on the world itself or about the upcoming webtoon, you'll find it here. If you want to keep up with us and our progress, follow us on the various social media sites in the footer, or subscribe to our newsletter.

We are just another couple working together on a passion project, trying to find ways to share a piece of ourselves with the world outside. We come from a different backgrounds, had different experiences, but what unified us was a passion for good stories, worlds and gaming.

Yevvie, referred to as Chief Creative Officer or by the title of The Godbreaker, is first and foremost a visual artist working on concept art, illustration and design. She's the original creator of Varyel and it's main drive, figuring out all of the why's behind every decision.
She's interested in ancient and medieval history, as well as humanities, and likes to spend time creating odd spreadsheets and databases for the world. She's an avid Assassin's Creed and The Witcher fan, but will gladly chat about most RPGs and open-world games. In free time, she enjoys scrolling through reddit feed full of cats and occasionally watching anime and cartoons, or finding alternative approaches to displaying her ideas.
In other communities she's known as YevvieART and YevMODS, and uses her amateur 3D and texturing skills to create mods for games such as Skyrim, TERA Online and Minecraft.

Volmie serves as our Community Manager, and carries the lore title of The Twisted Puppeteer. He is mostly character-centric in his worldbuilding, but serves as a problem solver, editor and copywriter for Varyel. All the ideas are funneled through his hands before they reach yours, detangling the mess of artist's mind into more understandable chunks. He also manages our Discord server and takes care of the technical parts of our project.
His main interests are music, anime, technology and games, and he tends to spend his time watching tech youtubers and stalking new anime releases. He prefers dynamic, action-driven games, and among his favorite titles you'll find Warframe, The Witcher 3, Control and Cyberpunk 2077. He likes to chat about latest news from tech & gaming, and help people benefit from the available technologies, such as introducing indie devs to cloud gaming and explaining tech to our less informed friends.

Varyel was created in 2006, when Yevvie decided that a singular tabletop campaign wasn't enough to encompass all the ideas behind her homebrew. It was created as an outlet for a group of friends, and would be best described as generic euro-centric fantasy. It gathered pop culture references, Polish folklore and literature, as well as personal experiences under one idea, making DMing familiar and easy.

Through a variety of life experiences, the homebrew was abandoned by the players, and turned into a passion project for Yevvie. It was an escapist paradise and an attempt to rescue the creativity that was slowly burning out. Despite her best attempts, after a few years of struggling with major depression, anxiety, abuse and poverty, the project became an echo of what it once was. Abandoned, notes shoved in a box under the bed.

In 2014, it was the interest of one singular person that ignited the flames under the forge. Volmie's curiosity of the ideas behind Varyel made it alive once more, as well as started out the recovery process for Yevvie. Through years of daily conversations, research and brainstorming, it has became an enormous world full of life, based on historical and fictional sources, bending it into unique, gritty realism of its own kind. A world created from love and passion but also from struggle, disease and battles we fought with our health every day.

In past years it was a subject to constant rework, improving both the quality and creativity behind it, providing the details otherwise omitted, such as plate tectonics, wind patterns, unique climates, its own languages and more. Currently, at the version 3.0, the world is in its final state when it comes to geography and underlying topics. Although the regions are still being fleshed out and information improved, it has taken its main shape, as the science behind it is finally decided.

As we matured, the world grew up with us. Focusing on delivering an immersive experience for adults, we're attempting to show the reality of our world by creating parallels in the fictional one. The stories we anchor in Varyel are meant to help people understand others, open their eyes to new experiences and help them see the world surrounding them through a different lens.

We believe that fiction can carry an important meaning and teach people empathy, both towards the known and unknown. We want to show you the struggle, the fight and the outcome, hoping that our creations can bring you the same emotional rollercoaster it brought, and give you the same joy.

Chronicles of underfell: Memories of Crow

Currently we're working on the webtoon "Memories of Crow", which is a part of the "Chronicles of Underfell" series. You can read more about it here. The exact details will be announced soon, so don't forget to follow our channels for relevant news.